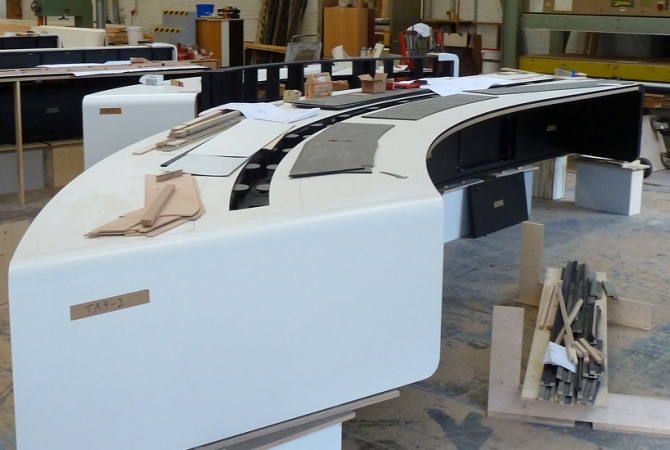 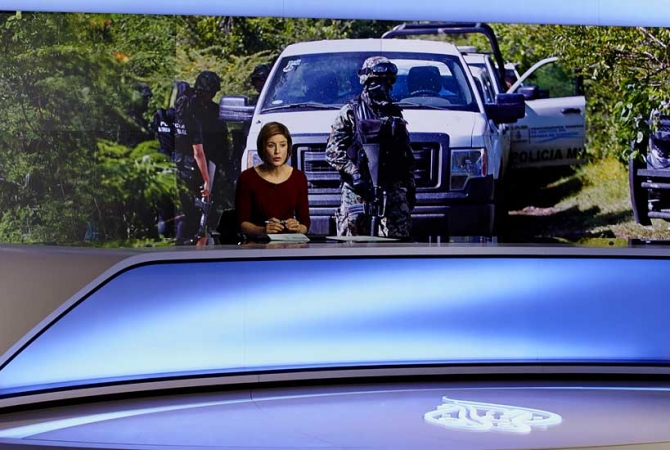 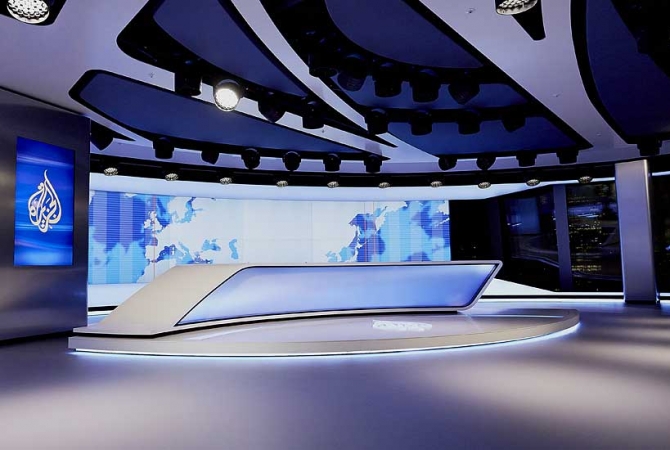 The scope of the contract from Al Jazeera Media Network for the English satellite-channel Al Jazeera English included design, manufacture and construction of the new TV News studio and adjoining newsroom. The location was the 16th floor of The Shard in the centre of London.

In a final test before construction began, a 1:1 model was built in Studio A1 in Hamburg. The client´s approval followed in January 2014 and in July of that year, with the help of 25 employees the Installation was completed on site. The set design for the new Studio was created in cooperation with set designer Stuart Veech (VMA,Vienna) and lighting designer Manfred Olma (Mo2, Cologne). The new Studios were in Operation in mid-November 2014.

Technical Details made the construction an exciting challenge. The design had to accommodate: a main newscaster table for up to 4 People in front of a Video wall with Eyevis rear-projection cubes, a Standing Position in front of an 85-inch touch Screen where weather forecasts could be made and also the adjacent newsroom with 45 Workstations which could serve as an on-air Background for live coverage.

The Studio is almost entirely glazed and offers an impressive panoramic view of the London skyline. For this reason camera Technology and lighting design had to be adapted to accommodate changing daylight conditions.

In addition, the low ceiling height (2.80m) of the office building created spatial constraints for a TV studio. Taking into consideration the unique light concept, the ceiling became part of the design and can now also be filmed.