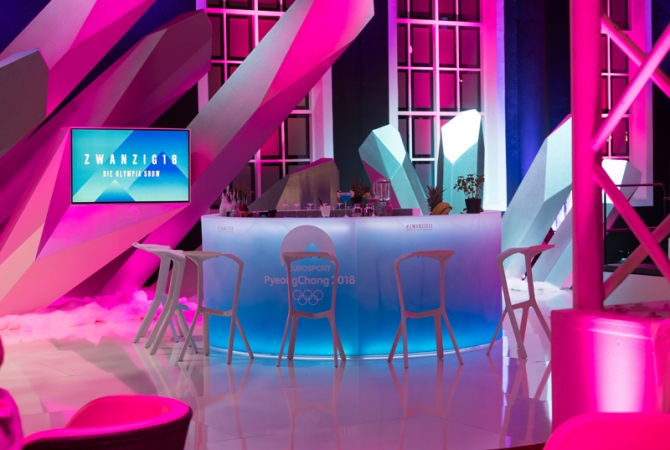 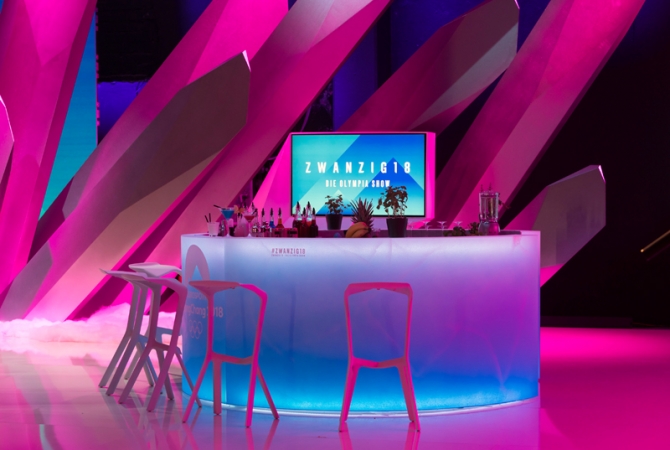 For the Eurosport Olympia Show ‘ Zwanzig18 ‘ the entire studio decoration was built in Munich. The heart of the stage was formed by three-dimensional crystals, which were fanned out in the background. The crystals consisted of precisely cut wooden panels, the different fermentations formed the crystalline form.

Thus, the crystals up to 5m long could be formed without any additional substructure and had to be screwed only with the system tables in order to rise in the desired angles.

Another core of the decoration was the ice bar of three Plexiglas corpuses. An artistic airbrush design created the ice-look, the interior-lit bar.